Bilibili user Yi Ge never imagined that a single video he shot about his uncle’s life and struggle would garner so much attention online. Inevitably, doubts and questions arose.

The video took all major social media platforms in China by storm, with views on Bilibili reaching 30 million in just three days. On top of that, Yi has also gained almost a million subscribers on her channel.

The video has been viewed more than 30 million times, four days after it was released.

Some skeptics wondered if Yi had made up his uncle’s life story; others thought he had “embellished” the uncle’s struggles or simply used the story to chase internet fame.

Yi answered all those doubts in an interview with China News, insisting that everything he said about his uncle’s life was factual.

There are certainly legions of young people who suffer from overthinking, just like Yi himself, and millions of ordinary, resilient Chinese people who look like Uncle. Many young and anxious audiences may have been touched by my uncle’s down-to-earth attitude and optimism, Yi said in an interview with 36 Kr, a Chinese high-tech news outlet and the investment.

Many young people from rural areas of China have chosen to work in cities and can only return to their hometown once a year. But their connection to their home may just be too strong. They may feel that their families or relatives who stay in rural China are getting older every time, every year they visit the house, which could be another reason why so many people can find something relatable in the Uncle’s video, Yi pointed out. 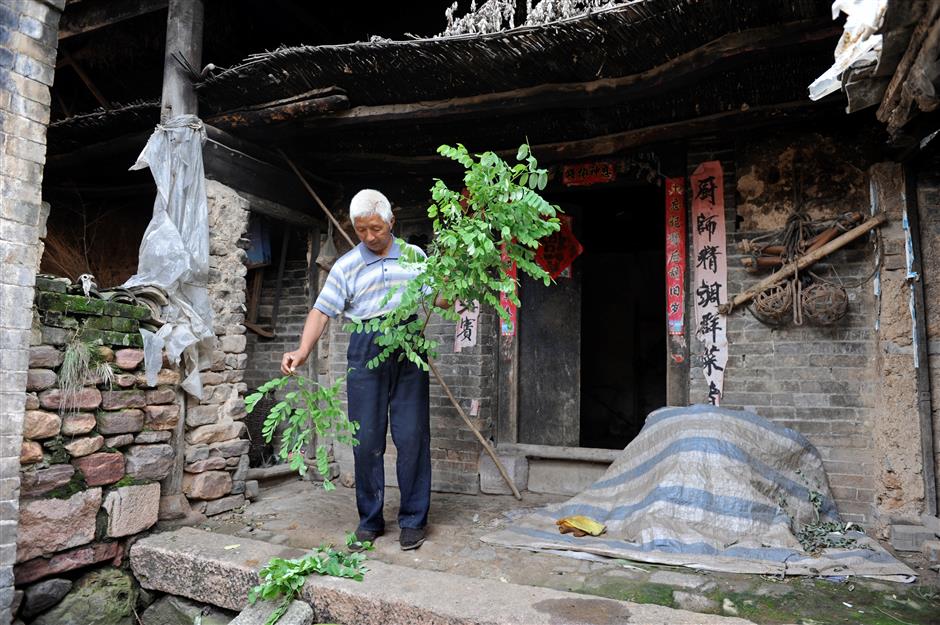 The estimated elderly population in rural China has reached 110 million, according to a 2021 population census by the National Bureau of Statistics.

Before becoming a full-time short filmmaker in 2021, Yi was a history teacher at a private online after-school institute in Beijing. It was quite normal for him to work overtime, sometimes until 2 am. The pressure of work induced a rather negative attitude in him, and his family, especially his pregnant wife, were always aware of his complaints.

After the uncle video was completed, Yi changed the title of the video from My Uncle to My Uncle Cured My Overthinking before posting it. Yi admitted that the new title might resonate better with Bilibili’s huge young user base.

Comparing himself to his uncle, Yi felt that even though the latter had physical difficulties, he still managed to take care of himself, his adopted daughter, and even the entire village when they needed him. This realization prompted Yi to tell her uncle’s story to the world.

At first, when Yi returned to his hometown and expressed his wish to film his uncle, he was refused. The uncle did not see that there was much to say about himself. When Yi suggested that the uncle’s attitude towards life could be an inspiration to his students, the elderly parent relented. 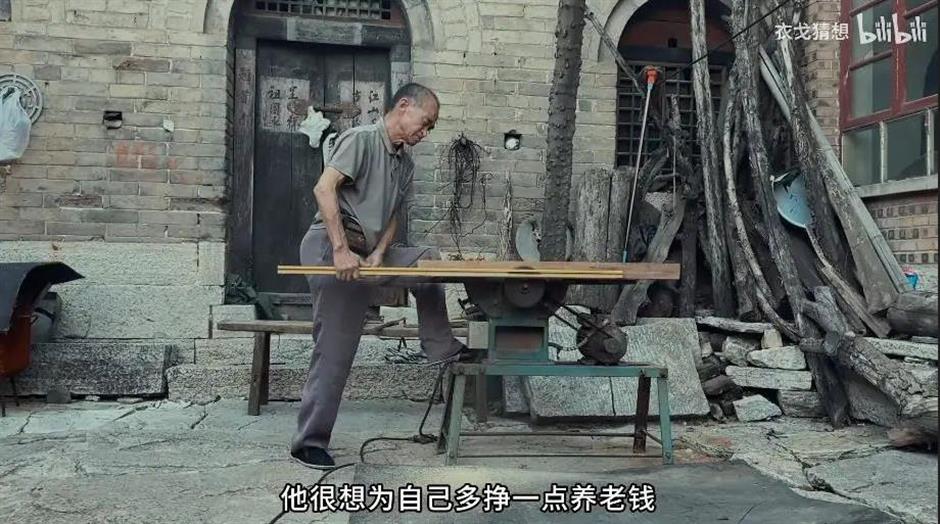 The uncle does odd carpentry to save money for his life after retirement.

It was rather difficult to put together the life story of the uncle, as he is a man of few words. Yi had to talk to the uncle and then to his siblings, who always summed up that he was leading a very hard life.

After the video went viral, Yi’s parents and uncle’s adopted daughter Ningning cried a lot after watching it. It may be something they never thought they would experience – a family member whose life story was captured in online video and touched millions. Maybe it was a mix of pride and empathy, Yi thought.

“My uncle may have healed my internal mental friction, or overthinking, about whether to make it in a big city like Beijing, or just live an ordinary but fulfilling life. felt like he didn’t really know which one he really wanted,” Yi mused.

Some viewers suggested that Yi take advantage of the uncle’s fame and push him to go live. But Yi has none of that. He posted on his Weibo account, saying his uncle lived an honest life and it touched some people. It is better to leave his uncle and grandmother in peace in this small village they call home. 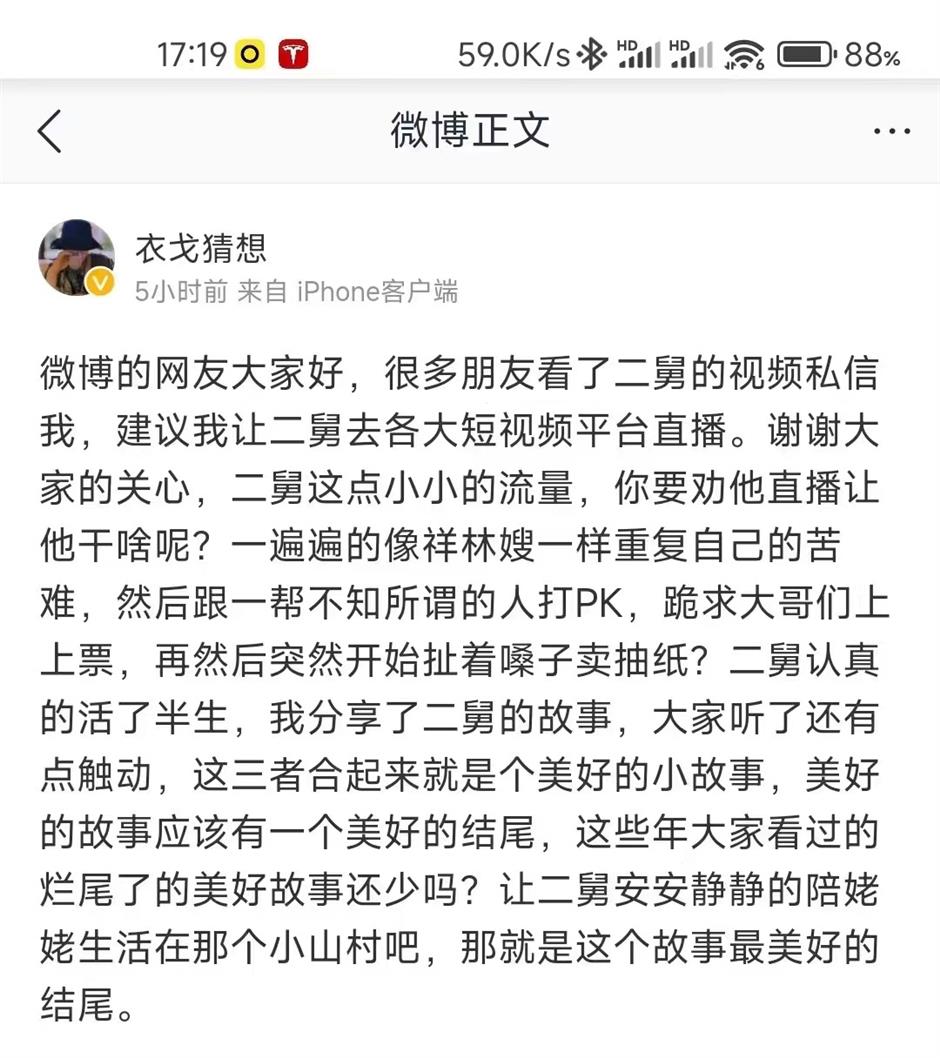 The announcement that Yi Ge posted on his Weibo and said that his uncle’s story already had a beautiful ending and people should leave him alone. 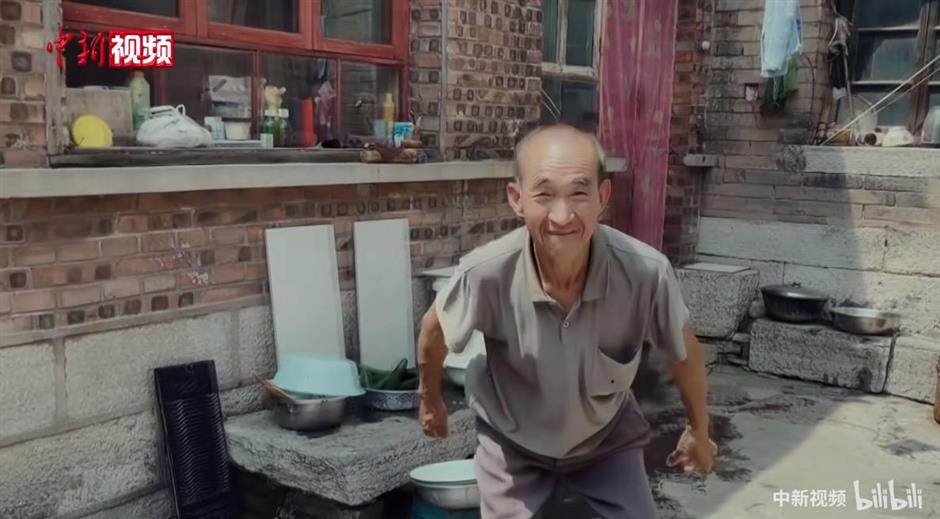 Mumbai, India: Chinese smartphone maker Vivo said on Tuesday it was “cooperating with authorities” in India after reports that investigators raided dozens of its offices on suspicion of money laundering. The raids make Vivo the latest Chinese tech company to come under scrutiny from Indian investigative agencies after similar raids on Xiaomi and Huawei earlier […]

(Smooth Like Strait / Coady Photography) From the Keeneland Media Team: SMOOTH AS THE DETROIT CHAMP 11 HEADLINES FOR MAKER’S MARK MILE Thoroughbred Cannon’ Smooth as the straitvice-champion of the FanDuel Breeders’ Cup Mile (G1) 2021 Presented by PDJF, headlines a field of 11 horses entered on Sunday for Friday’s 34and $600,000 Maker’s Mark Mile […]

Famous wig maker Noah Scott splits his business between custom work for celebrities and online … [+] sales at WhatWigs Noah Scott At just 24 years old, the famous wigmaker Noah Scott is something of a revelation. In four years, her WhatWigs company not only created wigs and hairpieces for Ariana Granda, Nicki Minaj and […]