In any human society, people differ from each other in their status. Those with higher status have more power, money and access to interested partners. Because of the fitness benefits of having a higher status, the drive for high status and the emotions, traits, and behaviors that facilitated this drive run deep in our blood.

Joe Henrich and Gil-White [1] reviewed the findings of ethnography, ethology, sociology, and sociolinguistics and convincingly demonstrates that every path to social status—dominance and prestige—appeared in the history of the evolution at different times and for different purposes.

Various lines of research support the idea that dominance and prestige represent two different routes to status. On the one hand, self-reported measures of dominance and prestige are differentially associated with basal testosterone levels, aggression, agreeableness, conscientiousness, openness to experience and Machiavellianism. [2, 3]. In another line of research, among the Tsimane’, (a small-scale Amazonian society), peer dominance is positively related to physical size, and peer prestige is positively associated with hunting ability, generosity and the number of allies. [4, 5].

However, it would have been too costly for our ancestors to have to consciously determine in each situation which social status strategy to employ; such a process would be inefficient, error-prone, and could easily give rise to doubts (how many times has your metacognitive awareness caused a decline in your ability to perform a task smoothly?).

Evolution would have built in psychological mechanisms that would automatically calculate the relative costs and benefits of employing a given strategy and only give us the result of this complex calculation in the form of powerful emotions.

One of the most powerful emotions related to social status is pride.

Most evidence suggests that pride evolved to motivate people to increase their social status and to display the traits and behaviors associated with high social status. Just as there are multiple paths to social status, pride also takes multiple forms, and each form may have evolved along different paths. [6]. 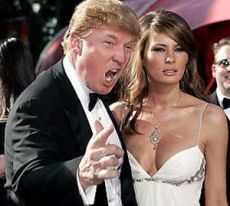 hubristic pride is fueled by arrogance and vanity, and is associated with antisocial behaviors, difficult relationships, low levels of conscientiousness, and high levels of unpleasantness, neuroticism, narcissism, and poor health outcomes mental [7]. Hubristic pride and the associated subjective feelings of superiority and arrogance can facilitate dominance by motivating behaviors such as aggression, hostility, and manipulation. 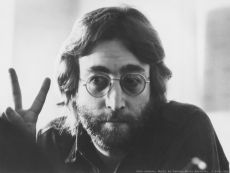 Authentic prideon the other hand, is fueled by the emotional surge of accomplishment, confidence, and success, and is associated with prosocial and achievement-oriented behaviors, extraversion, agreeableness, awareness, satisfying interpersonal relationships and positive mental health.

In a recent series of studies of undergraduate students and varsity athletes, Joey T. Cheng and his colleagues at the University of British Columbia [6] explicitly tested the idea that the two facets of pride evolved to promote distinct forms of status.

Self-declared dominance was associated with inferior levels of authentic self-esteem, social acceptance and agreeableness, and higher levels of self-aggrandizing narcissism, aggression, extraversion, agency, and conscientiousness. Those with higher levels of self-reported dominance were rated by their peers as higher in athleticism and leadership and lower in altruism, cooperation, helpfulness, ethics, and morality.

Self-declared prestige was associated with inferior levels of aggression and neuroticism, and higher levels of genuine self-esteem, social acceptance, extroversion, agreeableness, conscientiousness, openness to experience, GPA, and was weakly linked to self-aggrandizing narcissism. those with higher self-reported prestige levels were rated by their peers as more competent advisors and leaders, as well as more intellectual, athletic, socially competent, altruistic, cooperative, helpful, ethical, and moral. 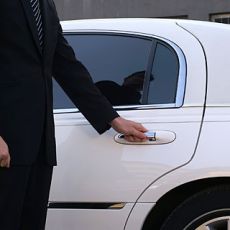 Recognizing that there are different pathways to social status is important for a number of reasons. One of the reasons is methodological. In an earlier study [8], the researchers found that agreeableness is negatively associated with dominance but positively related to prestige. From these results, they concluded that “being nice, warm, and kind” does not lead to higher status. The results of Cheng and his colleagues [6] the study suggests, however, that if you want to find the effects of traits on status, you need to look both dominance-based and prestige-based contexts.

Distinguishing between two pathways to social status could also resolve long-standing debates about the link between narcissism and self-esteem in achieving high social status. Some studies show that narcissists tend to achieve higher levels of leadership while other studies show that narcissists tend to have poor leadership skills and are disliked by their peers. [9].

The results of Cheng and his colleagues [6] One study suggests that the particular type of pride associated with narcissism- hubrist pride– facilitates status through the path of dominance, a path that requires neither respect nor social acceptance. Authentic self-esteem, which is associated with genuine pride, tends to be associated with lower displays of antisocial and aggressive behaviors typical of dominant leaders [10, 11]. But as noted by Cheng and his colleagues [6]leaders come in a number of different flavors (eg Gandhi vs. Churchill).

It might seem like it goes against the “girls like assholes” stereotype, but I think it adds a bit more nuance to that stereotype. Girls don’t like “jerks”, per se, but men who are strong and confident. In the study just mentioned, dominant men who showed their displays of dominance in a competitive context were indeed rated as attractive, but adamant jerks who signaled that they could use aggression and dominance towards their peers in situations where it is important to work together were seen as unattractive.

In many ways, a prestigious man is really a girl’s dream. While there is some overlap between dominant and high-profile men – high-powered men, like dominant men, are confident, achievement-oriented, and outgoing – high-powered men are also confident, caring, and helpful. truly high self-esteem. This should offer some assurance that the kind, intelligent child who dreams of doing good in the world one day while he or she is used as a basketball in gym class, can grow to high levels of social status and all the goodies that come with that.

[1] Henrich, J., & Gil-White, FJ (2001). The evolution of prestige: freely conferred deference as a mechanism for enhancing the benefits of cultural transmission. Evolution and human behavior, 22165−196.

[8] Anderson, C., & Berdahl, JL (2002). The experience of power: examining the effects of power on approach and inhibition tendencies. Journal of Personality and Social Psychology, 831362−1377.

[9] Harms, PD, Wood, D. and Roberts, BW (2009). The role of self-improvement in leadership evaluations, performance outcomes, and group cohesion. In the study.

The psychology of social status

Nobel Prize-winning economist John Harsanyi has stated that “apart from economic gains, social status appears to be the most important incentive and motivating force in social behavior.” The greater the disparities in status, the more people care about their status, and the differences between haves and have-nots have been extremely pronounced during the economic downturn […]

“Dramaboi was my son and he will be my son forever. My son hasn’t been doing well for two years. Throughout what he’s been through, it’s not that I haven’t been there. I begged him to stay home. Even though I didn’t stay with him, I checked him regularly but sometimes he would yell at […]

Why are people so often overconfident? It’s all about social status — ScienceDaily

Researchers have long known that people are very often overconfident – that they tend to believe they are more physically talented, socially adept and competent at their jobs than they actually are. For example, 94% of college professors think they do an above average job (which is almost impossible, statistically speaking). But this overconfidence can […]